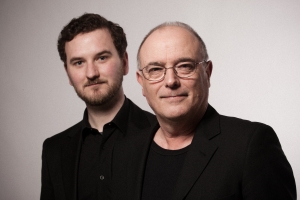 John Potter and I have been preparing for our concert in the Cambridge Festival of the Voice this week. The programme will be accompanied by Mick Lynch‘s film and includes a number of pieces from the second Conductus disk, due to be released later this year. We are performing at Emmanuel United Reformed Church at 8pm on Saturday (13 April). John and I will also be giving a short talk at 6:45pm about the programme, and discussing the various challenges we have faced when interpreting this music. We are also be attending a reception at Heffer’s Sound hosted by Hyperion Records. It promises to be a fantastic day. Full details can be found on the festival‘s website. Here is a short preview of the show which we grabbed while rehearsing at St Martin’s, Coney Street in York yesterday. 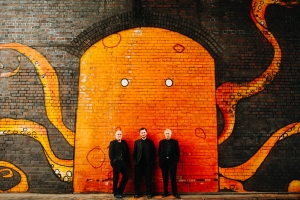 Rogers Covey-Crump, John and I had a fantastic photo shoot with Paul Arthur a few weeks back. Not only is he a fantastic photographer, but a great singer too. We all had a brilliant day, and the results are just what we wanted. Check out the Conductus page for further examples of his work.